We know that Usenet can be quite confusing especially for new users out there. It is a complex system that has quite a few words and technical terms that may not be understandable to a lot of people. That is why UsenetReviewz compiled a list of terminologies to help you, hopefully, understand some of these Usenet-related words or abbreviations better. 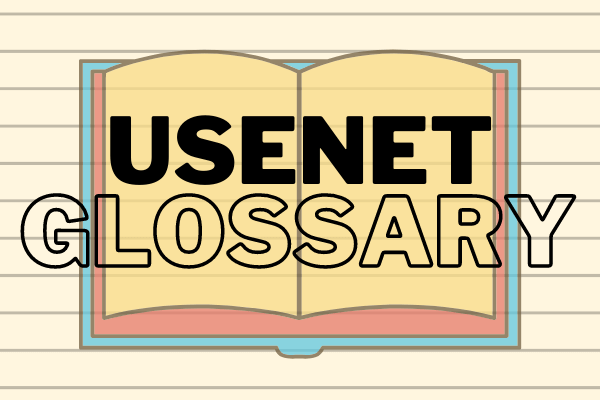 the hierarchy containing newsgroups devoted to a variety of miscellaneous topics which are mostly unregulated. For example, alt.zines is for discussing small press publications, magazines and pamphlets. The alt hierarchy is not included in the Big-8 and was created separately as a place with more freedom and fewer rules.

a single file that contains a collection of multiple compressed files created to make the downloading process simpler and faster. Downloaded archives must be unpacked.

a Usenet term that means a message sent to a discussion group. Same as posting.

refers to the main pipes that internet data travels on from one network to another. 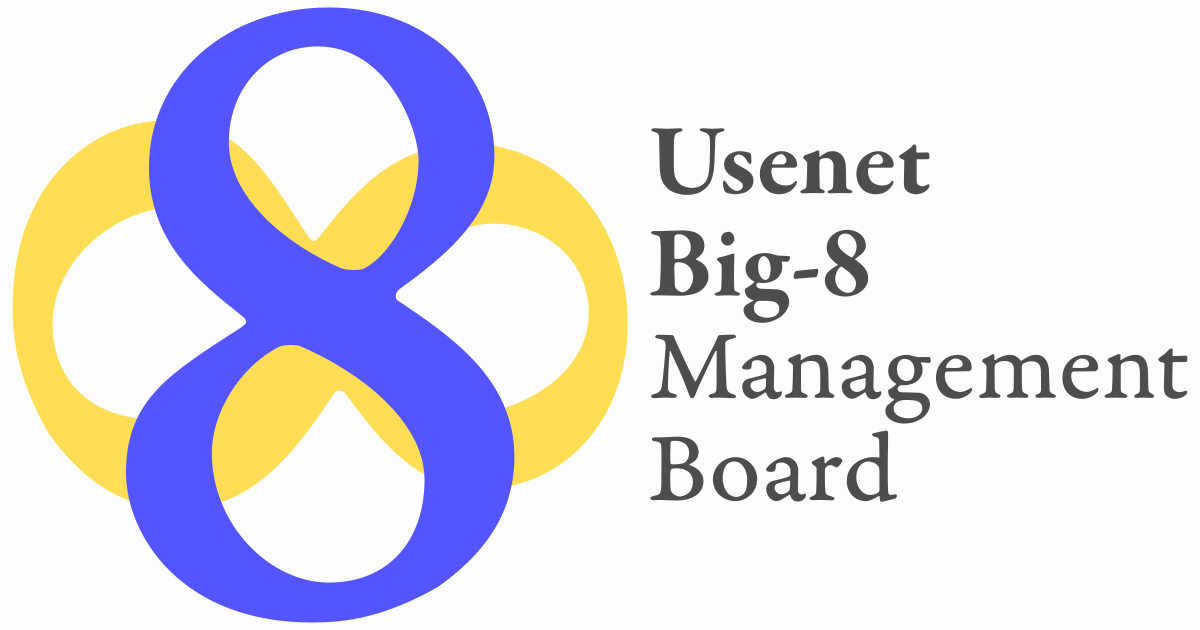 a group of newsgroup hierarchies distributed around the world. These hierarchies are managed by the Big 8 Management Group and are subject to well-defined procedures for the creation of new newsgroups. These are the mainstream hierarchies: comp, humanities, misc, news, rec, sci, soc and talk.

a file that contains binary data.

any data that is not text

a mathematical system used by computer scientists and programmers to work with computer memory.

basic unit of information in computing and digital communications; smallest unit of data storage. In 1 byte, there are 8 bits.

unit of measurement used to describe the speed of an internet connection. Abbreviated as bps.

refers to the main part of a Usenet article or the text of the article. 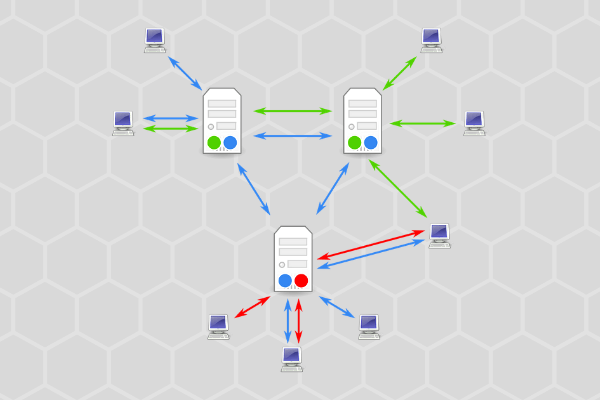 the communication link between a news server and a Usenet client (newsreader). Usenet providers allow multiple connections at the same time for faster downloading. Please note, however, that fast downloads also rely on how fast your own internet connection is.

A short message with a special header line that acts as an instruction to a news server. A control message tells the server to perform a specific task, for example, to create a new newsgroup, remove an existing group, or delete a specific message.

to post an article to more than one newsgroup

refers to binary or text data

Within the header of an article, this is the line that contains the time and date an article is posted.

to copy a file from one computer to your computer.

takes advantage of SSL technology to encrypt all of the data transmitted between client and Usenet server.

to delete an article after it has been stored in a news server for a particular amount of time. The time after which the article expires is called its retention. 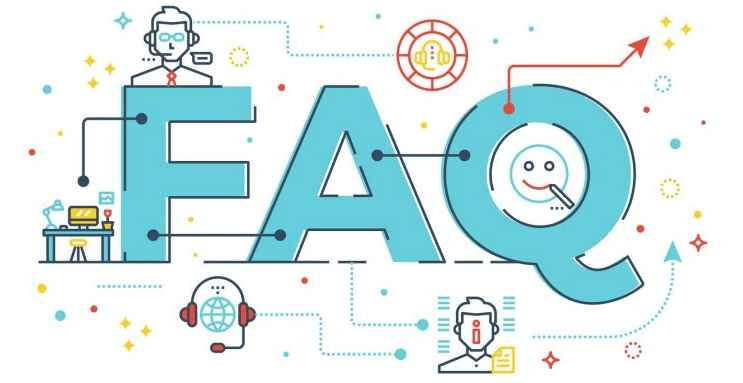 frequently asked questions list. A list of questions and answers about a particular Usenet topic. Most Usenet providers and newsgroups have FAQs written for new users or newcomers to a particular group.

an article that was written in reply to a previous article.

within the header of an article; it is the line that contains the name and address of a person who posted the article.

A unit of measurement used for computer memory and data storage. A gigabyte is about 1 billion bytes. Abbreviated as GB.

a standard section at the beginning of every message that contains technical information in the form of individual header lines.

a single line within the header of a Usenet article. Includes From, newsgroups, subject, data, organization and lines. 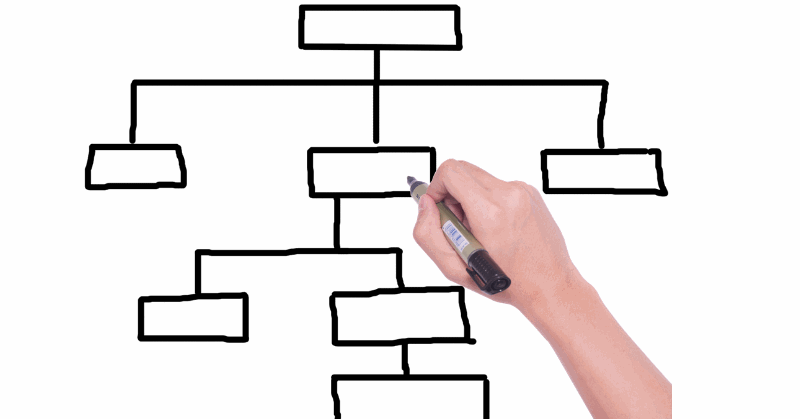 categories into which newsgroups are organized. The first part of a newsgroup name shows the hierarchy to which the newsgroup belongs. For example sci.physics is in the sci hierarchy.

name of one of the Big-8 hierarchy containing topics related to humanities like literature, music and fine arts.

Describes a multipart binary file for which all the data has not been downloaded. The parchive system was created to enable users to deal with incomplete files by recovering the missing data. 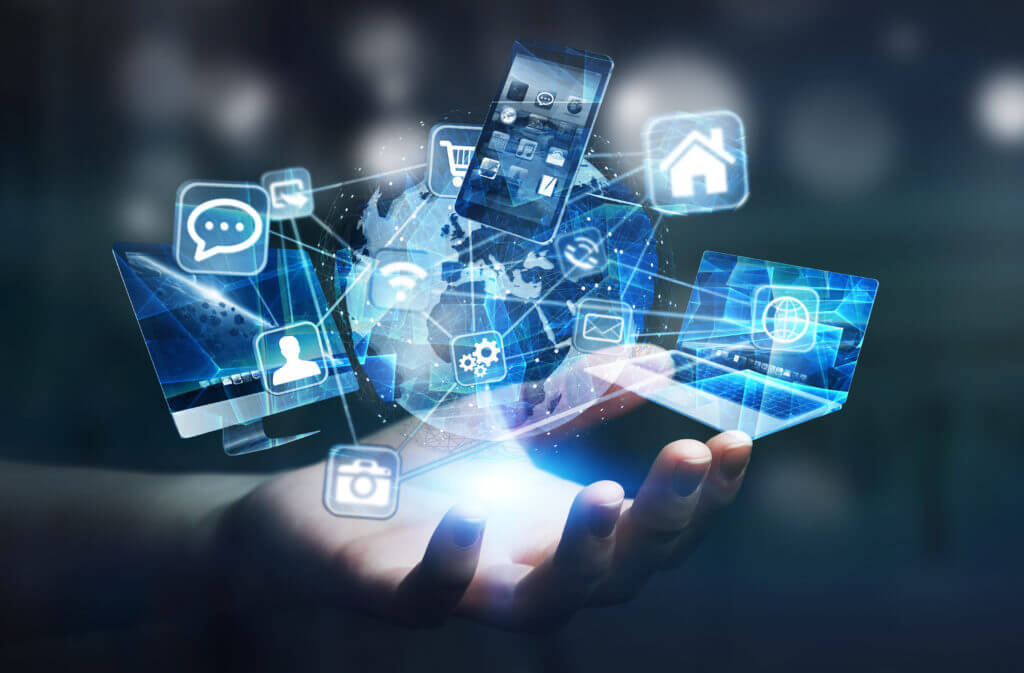 special file used by newsreaders to indicate that an article is to be discarded automatically. The exact format of a kill file depends on the specific newsreader. You can use a kill file to tell your newsreader to never show you a specified article.

unit of measurement used for computer memory and data storage. A kilobyte is about 1000 bytes. Abbreviated as KB.

within the header of an article; line that shows the number of lines in a message not including the header.

also known as the Big-8 hierarchies. The most important Usenet hierarchies distributed around the world that are subject to nomination, discussion and voting. Mainstream hierarchies include comp, humanities, misc, news, rec, sci, soc and talk. Not to be confused with alternative hierarchies. 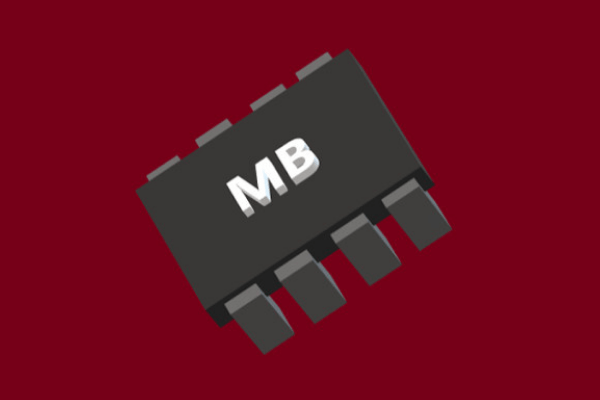 unit of measurement used for computer memory and data storage. A megabyte is about 1 million bytes. Abbreviated as MB.

an account that is limited to a set amount of monthly bandwidth allowance.

one of the Big-8 hierarchies containing newsgroups discussing topics that may not be related to the other hierarchies. Ex. misc.kids, misc.education

a person who controls which articles can or cannot be posted to a specific newsgroup. A newsgroup which is monitored and controlled is said to be moderated.

a binary file broken into multiple parts, each of which is posted separately. The various parts of a multipart binary are gathered and reassembled back into the original file when downloaded.

one of the Big-8 hierarchies containing newsgroup-related matters. It is meant to deal with matters of Usenet in particular. Ex. news.admin; news.newusers.questions

service offered by a Usenet news server. Used as a synonym for news server or NNTP server

server that stores Usenet articles and files and makes them available via a newsreader. Also known as NNTP server

in terms of header lines, it is the line that contains the name/s of newsgroups to which the article is posted.

a small text file containing information about another larger posting. NFO files can be read with any text editor. An NFO file is often posted along with a multipart binary file in order to describe the contents of the binary.

abbreviation for Network News Transfer Protocol. It is used to distribute Usenet articles 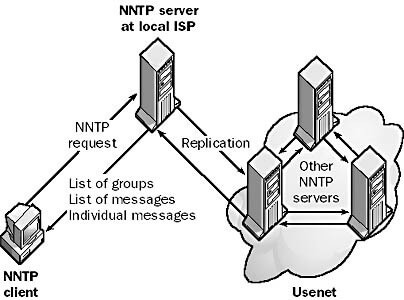 a file that holds the output of a Usenet search engine or an NZB site. Information in an NZB file is stored in XML format

within the header line, it contains the name of the organization from which the article was sent.

an old file format used for parity files by the parchive system. PAR files were replaced by PAR2 files 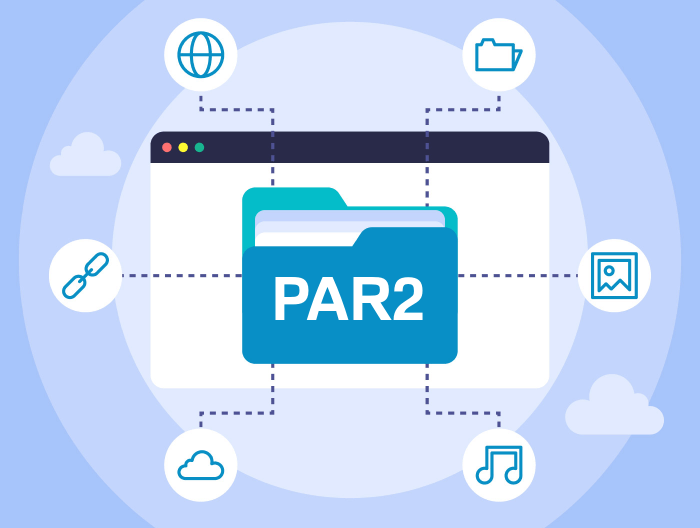 a file format used for parity files by the parchive system.

abbreviation for Parity Archive Volume Set. A system used to enhance the reliability of posting and downloading multipart binaries. When a multipart binary file is posted, a number of special parity files are also posted. At the receiving end, if some of the data is not received or is incorrect, the parity files can be used to recover the missing data and create a complete binary file identical to the original. The most widely used program for managing PAR2 files is QuickPar

to send an article to a Usenet newsgroup

a message sent to a discussion group. Same as an article

set of technical rules used by client and server programs to communicate to one another. In terms of Usenet clients and servers, the protocol used is NNTP.

a program used to create and manage parity files in PAR2 format.

The file format most widely used to distribute multipart binaries on Usenet. RAR files are archives that act as containers, storing one of more files in compressed form. Once a RAR file is downloaded, it must be unpacked in order to be used. If the RAR file is large enough to be posted as a multipart binary, the various parts must be assembled before the RAR file can be unpacked. The most common program used to create and unpack RAR files is WinRAR.

the amount of time for which the server keeps data. Retention is measured in days. This covers both text and binary data.

a proposal that initiates the discussion as to whether or not to create new newgroups. An RFD is required to have a newsgroup name, checkgroup file entry and moderated or unmoderated status.

program used to search a large database for specific information

a facility used to transmit data sent as encrypted and decrypted as it is received. See also SSL

communication link between a newsreader and a news server. Same as connection

one of the Big-8 hierarchies containing newsgroups dedicated to social and cultural discussions. For example: soc.feminism, soc.culture.African

Unsolicited advertisements or inappropriate messages posted to a Usenet newsgroup

a person or company that sends spam 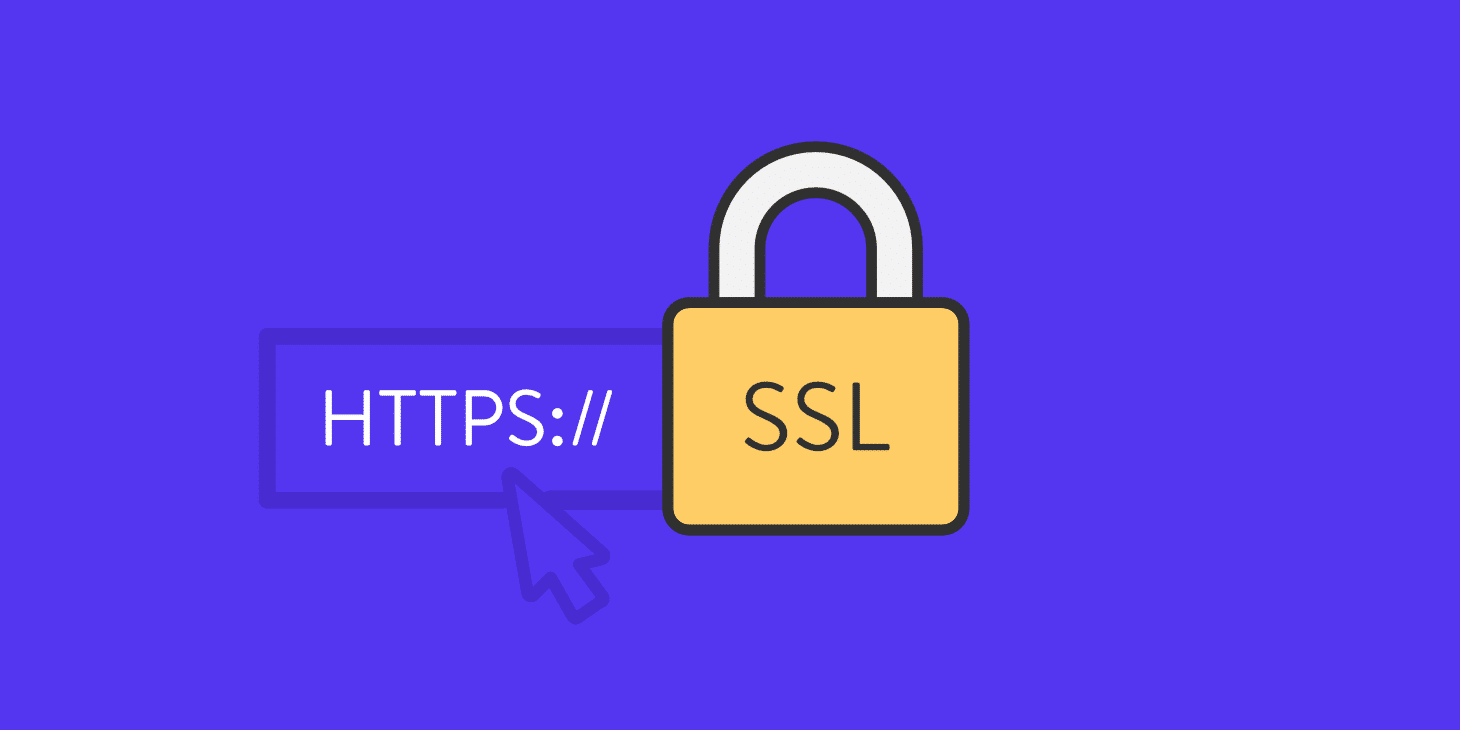 abbreviation for Secure Socket Layer. It is a protocol used to secure connection over the Internet.

line within the header of an article that contains the subject of the article.

To indicate to your newsreader that it should add a specific newsgroup to the list of groups you want to read.

one of the Big-8 hierarchies containing newsgroups dedicated to controversial topics with no obvious categorization. Ex. talk.politics; talk.environment

unit of measurement used for computer memory and data storage. A terabyte is about a trillion bytes.

data consisting of characters such as letters, numbers, punctuation and so on.

a file that contains text

family of protocols used to run the Internet

A sequence of related articles consisting of an original article, and all subsequent replies to that article or to other replies.

a Usenet user who maliciously attacks other Usenet users to start an argument.

an account that offers unlimited downloads without any monthly bandwidth limits.

To indicate to your newsreader that it should remove a specific newsgroup from the list of groups you want to read.

to unpack a zip file

to copy a file from your computer to another 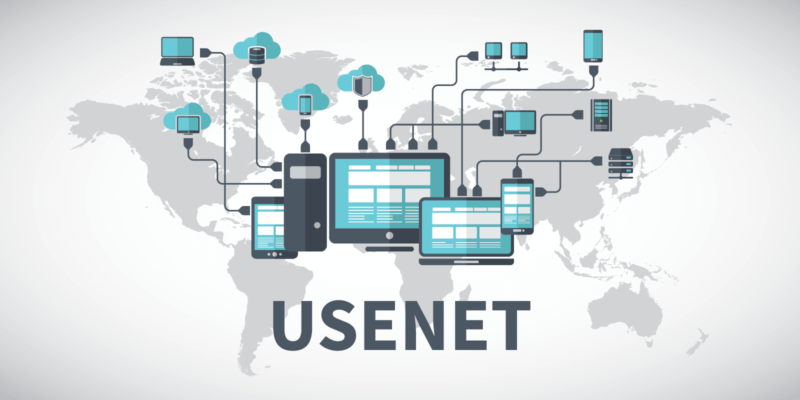 a worldwide distributed discussion system available on computers. Usenet has over a hundred thousand different groups and millions of participants around the world.

a company that provides people with access to a Usenet server. Usenet providers charge a monthly fee for their service

A service that searches through Usenet newsgroups to find specific content. Most often they are used to search for binary files.

abbreviation Unix to Unix encoding. It is a system used to encode binary data as text, suitable for posting within a Usenet article, and then decoding the data back into the original text. 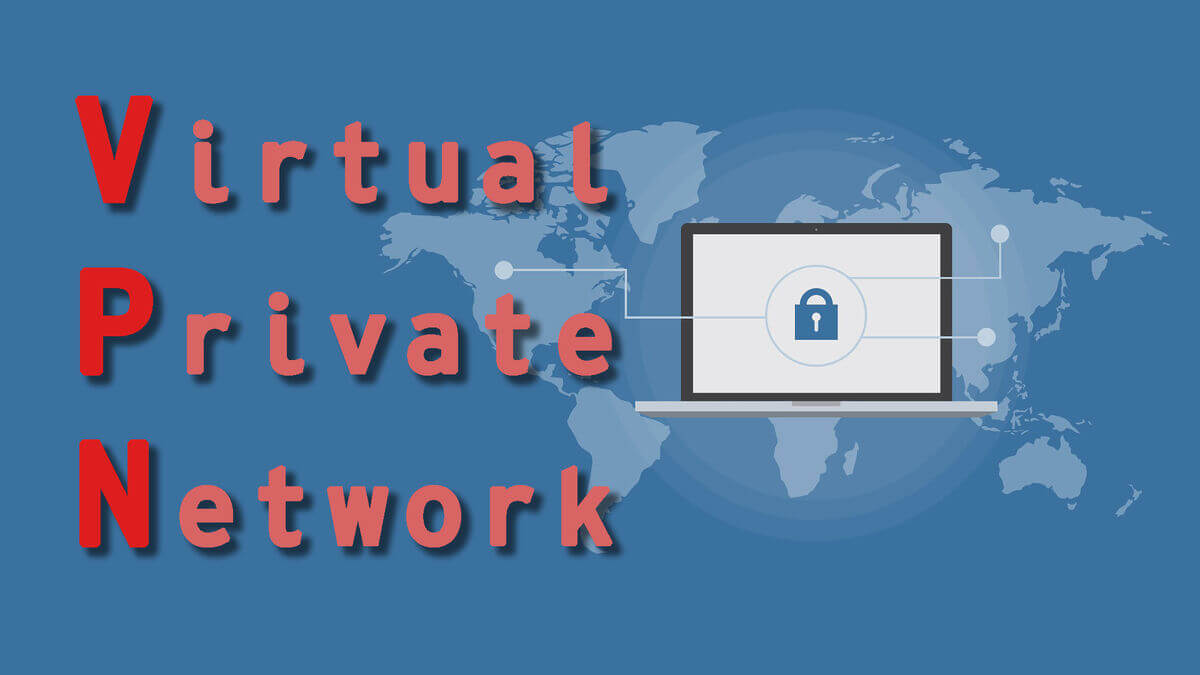 abbreviation for virtual private network; a VPN connection establishes a secure connection between you and the internet. By using a VPN, all your data traffic is routed through an encrypted virtual tunnel and disguises your IP address when you use the internet.

A widely used program that creates and manages compressed archives in RAR format. WinRAR is available for all popular operating systems.

abbreviation for Extensible Markup Language; A general-purpose specification used to transport and store data. The results of a Usenet search engine are typically stored in an NZB file in XML format.

system used to encode binary data as text, suitable for posting within a Usenet article, and then decoding the data back into the original text.

A file or archive (set of files) that is compressed using the “zip” format. Zip files have an extension of zip and must be unpacked by a special program called a zip file program.