With so many topics and groups available on the Usenet it was long ago arranged into separate sections in order to make it easier for people to search and find the topics that they wanted and the groups they wanted to join. These different sections are known as the Big Eight Hierarchies. The big eight consist of the following: 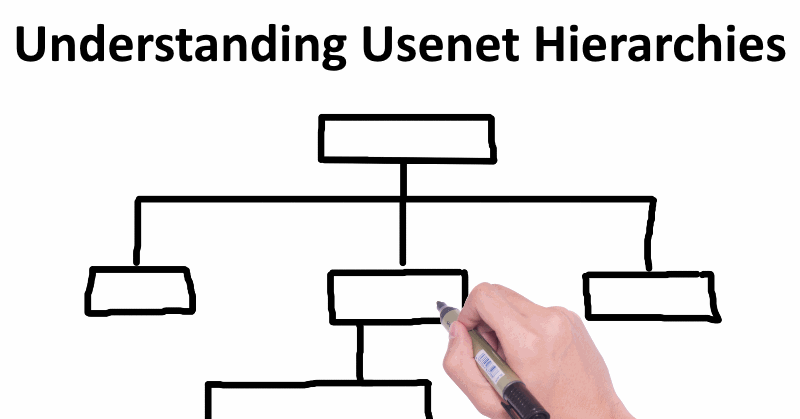 What Are The Big Eight

Having the groups separated like this makes it much easier to find the topics that you want quickly and easily. Say you wanted to search for a news group regarding Spanish cuisine, then you wouldnt look in the sci section or the comp section, you would more likely find a group on the topic in the rec section.

Initially, it was the first seven on the list only, but the alt category was added at a later date. Anyone can create a group but it is a democratic process. To limit the number of groups and to keep some control over the Usenet involves submitting your proposed group to the new.groups section. You would create a description of the group you would like to create with as much info as possible.

There would then be an email based election processed if enough interest was shown. If your group is then approved, a moderator would then create your group for you. Having group creation in this way means that the Usenet is not cluttered up with unnecessary groups that no one wants.

The alt category was created by John Gilmore and was created outside of any centralized control. This technically means that anyone who wants to can start a group in the category. It was soon realized that if any group were allowed it would soon become a bit overwhelming.

Now the alt category is mediated through a public discussion of new groups in the alt.config group. You can create a new group without discussion but they do not tend to be frequented or well propagated.

There are two main sections to the alt hierarchy and these are alt.sex and alt.binaries. As you would expect the groups on the alt category, not being mediated can be a bit risque and you should not sign up for them if you are easily shocked! The binaries section of the alt hierarchy are usually very large binary files for downloads.

It is unusual for a news group to be deleted, so once they are on the Usenet they usually remain there.