If you ’re an avid USENET user, you ’re probably aware of the fact that the system has been around for over 30 years. In that time, many data storage formats have come and gone. Unfortunately, floppy disks and magnetic tapes have inherent flaws that make them poor archival media. The loss of some data on those types of media has resulted in holes in USENET history that, unless somebody finds another copy, cannot be repaired. 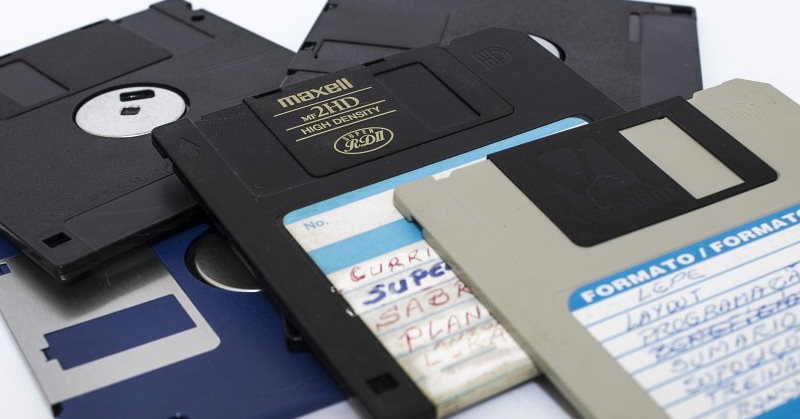 One of the most popular USENET archives on the Internet is Google ’s. That information came from DejaNews, according to SlashDot. If you trace back the chain of data custody even further, it goes back to Archive.org, where a lot of the content that was once on the Internet and has since been removed can still be viewed.

According to the post, the amount of data contained in the USENET archive constitutes four of the largest data files on Earth. Among all that data, there are parts that are forever irretrievable. The reason for this has to do with the composition of magnetic tapes and floppy disks.

On magnetic tapes and floppy disks, information is contained on iron oxide. Over time, this oxide could flake off. In fact, when recovering some of the data from data tapes, the people performing the operation frequently had to stop and clean off the reading heads because so much oxide had flaked off on them as the tape passed over the heads. Unfortunately, once this data is gone, it is gone forever. This means that there are parts of the USENET that will never be recovered. Whether or not that information is particularly useful is another matter entirely, but it is sad to see something so integral to what became the Information Age lost due to a faulty storage medium.

If you want to take a look at the results of this yourself, go ahead and look at the Google USENET archive. You ’ll find that there are gaps in some of the content. These represent the places where archival media had, to put it in colloquial terms, flaked out. While that information may be lost forever, the archived information from the early USENET is still extensive and provides great insight into a world when networked communication was just becoming available to everyday people and how they utilized it in those early phases.