DMCA Takedowns Are Not Automatic

USENET users might be getting used to incomplete downloads due to DMCA takedown requests. These requests and the automatic removal of binaries that get complaints, however, are not automatic and are not universal. In fact, the policy varies from nation to nation, though cooperation between nations regarding copyright laws does make it likely that takedown requests will be honored. 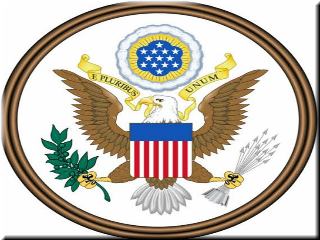 BREIN, the copyright enforcement agency based in Europe, has gotten news services taken offline for not complying with takedown requests, but these requests are not enforced consistently across borders.

Some Dutch users have complained about takedowns having more of an effect on their USENET experience. The law in the Netherlands is different than it is in the US, however. Dutch providers generally will not respond to takedown requests. Dutch providers do not have to remove content if there is not a court order mandating it. The court order would require that the content of the takedown request be checked, as well. This means, according to some sources, that the automated process isn’t an issue with Dutch providers as it is for provider in the US.

According to sources, there is still risk for providers who do not remove content when the takedown request is valid. There is the potential for a lawsuit over the content, but that would require that the agency suing has an attorney that works in the nation where the takedown request is not being honored. Of course, the entertainment industry has no shortage of lawyers, so there is likely little preventing them from going ahead and filing a lawsuit over such matters, if they were so inclined. For providers, it may be too risky to not honor a takedown request.

The nature of takedown notices and the ways in which they are processed varies from nation to nation. This makes it sometimes confusing for users, who may find that a file that has been taken off of one service may still exist on another. For files that are being automatically scrubbed because of DMCA requests in the US, however, there may be hope. In some nations, there are stricter laws regarding what must be done before a file is removed and that means that, at least in some places, the USENET may be freer than it is in the US in regards to takedown requests.

If you are going to download and especially if you plan to upload to Usenet its not a bad idea to sign up with a VPN Service like VyprVPN to help hide your IP address and the content of your traffic.