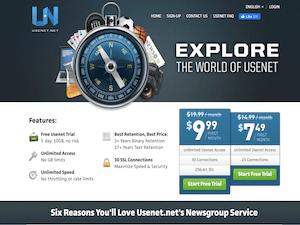 Usenet.net has been in business for approximately fifteen years. They offer two packages, both unlimited, along with SSL encryption.

Binary retention at Usenet.net is over 2000 days as of the time of writing and 17+ years of text retention.

There are only two plans with this provider, which makes signing up rather easy compared to some other providers. The main difference between them is that the encrypted option offers privacy protection while the non-encrypted option does not. We recommend always using encryption with your USENET connection.

Both plans come with a free five-day, 10GB trial. Cancel before your trial expires to avoid being billed for the service.

Reduced pricing is available on both plans for the first month. Be aware that, if you cancel your subscription before three months, you’ll be retroactively billed for any discounts you might have received up until that point. 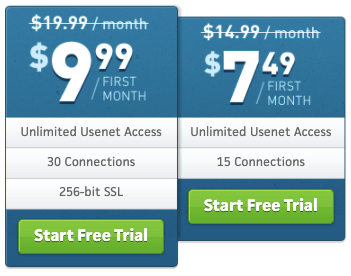 Usenet.net tests well for speed. If your speed isn’t what it should be, try increasing or reducing the number of connections to the server. 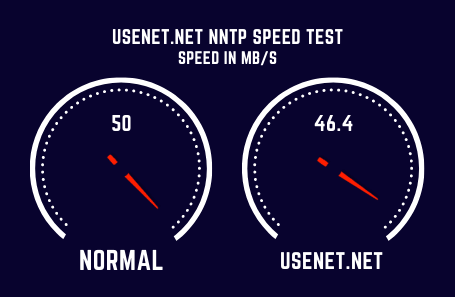 news.usenet.net
You’ll have to turn on SSL on your downloader if you purchased an encrypted account. Contact support for details.

Q: Does this provider offer a newsreader?
A: No. You’ll have to bring your own newsreader. Newzbin is a good option that’s been popular for many years. You can use programs such as Sonarr, Couchpotato, Headphones and others to handle the actual downloading.

Q: Can I use NZBs with this service?
A: Absolutely. NZB files are just pointers to the binaries you want. You can use them with any USENET access provider.

Q: Are the support options too limited?
A: Not necessarily. If you’re really a novice to USENET, you might want to consider a company that offers more support options than Usenet.net. You can also look at companies like Newshosting, which offer an online interface that’s a bit more intuitive than newsreaders are for people who didn’t grow up with them. Nonetheless, this company does offer around-the-clock support and most USENET providers are acceptably fast in answering questions.

Q: Is there a reason Usenet.net’s prices are higher than some of our preferred providers?
A: Not that we can see. They offer a good service, but Usenet.net isn’t as feature-rich as some of our other providers, so you’ll have to decide for yourself whether or not their service is worth the price.

Q: Does Usenet.net take Bitcoin payments?
A: No. Many of our preferred providers do so, if you want the level of privacy you get by purchasing with Bitcoin, you should check out our list of top providers.

Support may be reached through the provider’s website forms. There is no other means of contacting support provided, though the company does say it’s available around the clock.

This provider doesn’t offer contact information beyond forms on its website. There are no phone numbers or other information provided.

Usenet.net is a good service with reliable servers. Where the service isn’t particularly competitive, however, is in its pricing.

The approximately $20 per month the company charges for encrypted USENET access is not competitive with other providers, who generally either offer more features with their access or a lower price point. Usenet.net really only offers what one would expect from a basic service—encryption, a good number of connections—for a premium price.

Unencrypted connections are not recommended, and that prevents us from recommending the basic package from this provider. For the less than five dollars per month you’ll save, it’s just not worth it to do your downloading and uploading without any privacy protection.

Usenet.net has a lot going for it. They have good speed, an acceptable though not generous free trial, and good retention rates. Where they’re not competitive, however, is in terms of options and pricing. There are no block accounts offered from this provider, there’s no included newsreader and the only competitively-priced package doesn’t have encryption, which takes it out of the running for anyone concerned about privacy. While this company certainly isn’t bad, it’s not on the level of our top picks.