According the Wikipedia definition, Usenet is a worldwide distributed Internet discussion system. It was first described on Duke University in 1979 and was established in the following year. Basically, USENET resembles bulletin board system (BBS) where users can post messages on certain newsgroups. Further, this message can be read by anyone who has the access to USENET newsgroups and reply can be posted on that message as well. Nowadays, thousands and thousands of newsgroups are available, covering a vast number of topics. 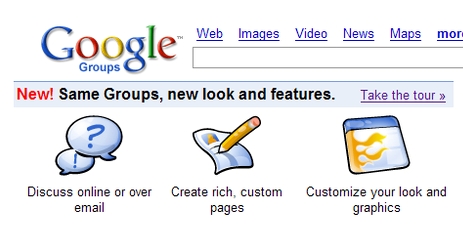 Further, it is not required to have newsreader to access Google groups. Nothing but web browser and Internet connection are required. This is not the case with USENET newsgroups, although some providers offer web user interface as well.

The main difference between USENET newsgroups and Google groups is concerning management options. All Google groups have an owner who is responsible for particular group and additionally, that owner can add multiple managers if required. The owner and managers (if there are any) have several authorities over their assigned group, such as removing offensive posts, restricting access to the group and banning disruptive members.

Finally, there is a difference while talking about USENET newsgroups and Google groups names. USENET newsgroups always have period that distinguish different parts of the newsgroup ’s name (for example, hr.mag.bug). On the other hand, Google newsgroups have the following name pattern: groupname@googlegroups.com.

Google groups are free, but if you are interested in USENET newsgroups, feel free to check our list of recommended USENET providers and choose your favorite.