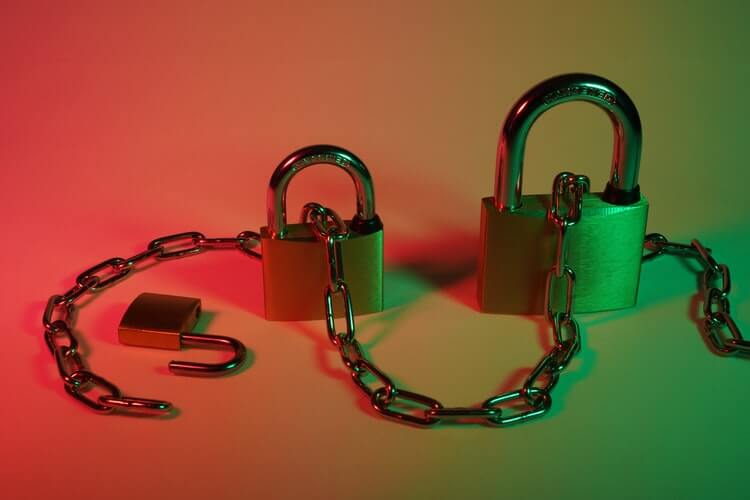 The S. TO SERIEN STREAM website was blocked recently due to copyright infringement by the newly formed CUII (Clearing House Copyright on the Internet) in Germany. The group implemented a domain name system lock (DNS lock) on the website to restrict customer access to the page. According to reports, other prominent structurally infringing sites like The Pirate Bay and Kinox are also being considered for blocking.

Until recently, copyright holders have been relying on legal proceedings to enforce DNS locks on violating websites. And with the new clearing house procedures, DNS blocks can now be implemented more rapidly and by all its participating Internet access providers.

With the CUII and these new developments in Germany, things may change for the European internet with restrictions and blocking being implemented here and there.

DNS Blocks - What are they and how to avoid them

DNS or the Domain Name System is used all the time when a website is requested. DNS helps to resolve a name such as website.com to its numerical Internet address also known as its IP address. It is considered as the internet’s basic address system similar to a dynamic phone book that converts human-friendly web addresses like NYTimes.com and Google.com into their machine-friendly numeric counterparts.

DNS Blocking, on the other hand, is a common method of denying access to certain websites. It is a strategy that makes it difficult for users to locate specific domains or websites on the internet. It can also be applied for outgoing requests. DNS blocking can be applied to individual servers/IP addresses, or entire blocks of IP addresses for multiple reasons.

A proxy server could also help you get around the DNS block because the proxy server should not rely on our local ISP’s DNS servers. It acts as an intermediary, relaying your request for connection to a webpage, file, or service on the Internet.

And finally, one of the most effective ways to avoid DNS blocks is using VPN services. It works pretty much the same as a proxy server, only safer. It is a secure connection from your computer to another computer or server.

What is the CUII

The CUII was formed not only to help address the piracy issues in Germany but also to help avoid the lengthy and costly legal proceedings involved in copyright infringement cases. This independent body was set up jointly by internet service providers and copyright holders where they follow certain guidelines which are approved and managed by an examination committee headed by renowned retired judges who have a wide experience with legal and technical matters. This committee examines blocking requests by copyright holders and then recommends the blocking of structurally infringing websites.

In practice, rights holders such as music or film studios lack efficient access options to take action against website operators whose business model is based on copyright infringements. Illegal streaming sites are often operated from non-European countries that refuse or make official cooperation difficult. However, these pages can be reached from Germany.

Rights holders can request that such websites be blocked by the internet access provider if they have no other option to remedy the violation of the law and if the blocking is reasonable and proportionate. The copyright clearinghouse on the Internet checks the applications of the rights holders to see whether they are legal. Eligibility requirements for the establishment of the lock should be met.

The Federal Network Agency is in full support of this initiative by the CUII. According to their President, Jochen Homann, “The clearing house creates an efficient and rapid procedure to block structurally copyright-infringing websites. This new procedure will help avoid lengthy and costly legal proceedings that rights holders have previously relied on. The Federal Network Agency does its part to ensure the requirements for net neutrality.”

The Federal Network Agency is an authority in the business area of the Federal Ministry for Economic Affairs and Energy. The central tasks of the regulatory authority include the supervision of the energy, telecommunications, post and rail markets.

Role of the Federal Network Agency

A DNS block can only be implemented if it is lawful and takes account of network neutrality requirements. The Federal Network Agency is responsible for checking the latter.

The establishment of a DNS block is only compatible with the requirements for net neutrality if it is necessary for the enforcement of national legal provisions. In principle, all data in the network must be treated equally and no content may be blocked.

The Federal Network Agency assesses the recommendation of the CUII in favor of the requested DNS block with regard to the Net neutrality requirements and transmits their assessment to the clearing house. Only if there are no net neutrality concerns do the Internet access providers set up a DNS block. Should the situation change, or should the website operator file a complaint, the Federal Network Agency reserves the right to retrospectively check the DNS block.

On the part of the Federal Cartel Office, no objections have been raised against the CUII’s planned tasks in terms of antitrust law. In a statement released by the President of the Federal Cartel Office, Andreas Mundt, “Illegal offers such as websites that violate copyright do not enjoy the protection of antitrust law. Nonetheless, initiatives in which the enforcement of the legal rules is left in private hands can be problematic. There is regularly the risk that legitimate competitor offers will also be impaired. The clearing house plan here has, however, provided a whole series of security mechanisms against such excessive restrictions and reinforced them at the suggestion of the Federal Cartel Office. It also involves the Federal Network Agency before blocking recommendations are implemented. Overall, a framework is created that appears justifiable under competition law in terms of more efficient protection of intellectual property rights. "

The participating members of the CUII are very much pleased with the guidelines they have formed and hopes to have more support from their community as the independent body evolves. And with the support of the Federal Network Agency and Federal Cartel Office, the CUII is confident with the legitimacy of their process and the code of conduct they have developed and signed. According to a representative of the ISPs, the formation of the CUII has established a great way to deal with copyright blocking claims against internet access providers through an independent and high-quality decision making which mainly avoids court battles and conflicts between rights holders and ISPs and, instead, focuses more on the battle against structurally infringing websites.