Horse_ebooks Is Nothing New to USENET Users

The @Horse_ebooks bot has successfully been driving the people at Twitter crazy for quite a while now. The way the bot works involves going to random websites, grabbing a little bit of text here and there, creating something unique out of it and then tweeting the results at regular intervals.The program is rather similar to the USENET phenomenon known as Mark V. Shaney. If you happened to be a USENET user during the first years of the service, you might remember it and, in fact, you might have been fooled by it more than once. 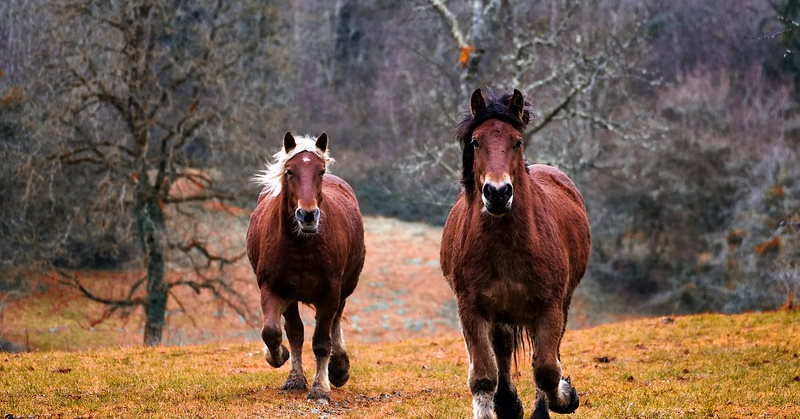 Mark V. Shaney and @Horse_ebooks both have an ability to create snippets of text that people find rather compelling. Mark V. Shaney was used to reply to USENET postings in ways that were quite humorous. Sometimes the text that appeared in the posting would be incomprehensible but, as is characteristic of human brains, people would generally find meaning in it in one way or another and, sometimes, they took genuine offense to what seemed to be snide remarks.

The program was based on what ’s called a Markov Chain. This is a statistical tool that allows for the creation of new content based on previous content. The program was originally designed by Bruce Ellis and Rob Pike. The program was used on the Internet starting in 1984 and caused quite a ruckus among the newsgroups where it was used. 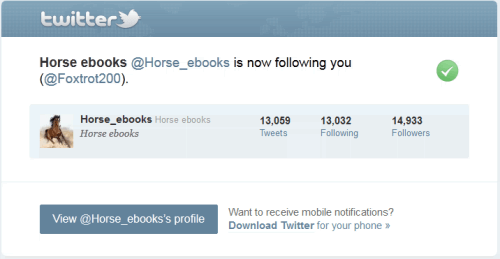 Why It Appeals to People

Of course, one of the worst breaches of etiquette on the USENET is to go off topic but, because of the way that Mark V. Shaney was designed, it was always posting items that were based on the previous article. In fact, the mathematical design of the program prohibits it from doing anything else.

Mark V. Shaney ended up being a regular feature on several USENET groups until 1987, when the last post was uploaded to comp.unix.wizards. Some of the postings, however, remain amusing today and, with @Horse_ebooks making the rounds of the popular Twitter platform, it ’s clear that people still have space in their hearts for the incoherent ramblings of bots.