How Popular is Usenet ?

If you think the heyday of USENET has passed, you’re wrong. The venerable system is still widely used and, at least according to some sources, has been quite active lately. 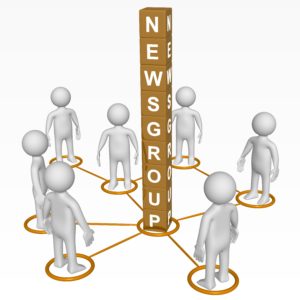 It’s Not a Wasteland, Even if it Seems that Way

If you log onto USENET and check some of the newsgroups, it’ll become readily apparent that a lot of them are more or less abandoned. Some of them haven’t seen a new post in years, and some of them are nothing more than one spam post after another.

That doesn’t mean the system’s past its prime, however. In fact, a recent discussion post on a popular Internet board from one provider said that they had logged over 60 million messages during the first week of September. This marked an increase of 1.5 million over the previous record, which was set roughly a month earlier, and those messages accounted for more than 24 terabytes—that’s right, not gigabytes, terabytes—of information.

What Makes it Popular

There are actually some pretty active groups on USENET. If you want to get away from the banality of most Internet forums, it’s still a good place to go.

However, the binary newsgroups are really what’s driving the popularity. “Binary” is just USENET-speak for a file that can be downloaded from the newsgroups. The file could be video, audio, a program or anything else, really.

To keep their services popular, USENET providers tend to upgrade their binary retention rates on a regular basis. For example, Newshosting , one of our preferred providers, has nearly 4913 days of binary retention.

USENET binary groups include a huge amount of content. If you want the latest Linux build, it’s the best place to go. In fact, for our money, it’s better than Bittorrent, and here’s why.

When you connect to a torrent, your IP is revealed and that makes it very easy for anyone to see who and where you are. Unless, of course, you take security measures to keep your IP private. You’re also dependent upon other torrenters keeping the files you want seeded, which can make it hard to get older or not particularly popular files.

Your speed on torrents depends upon how many seeders and peers you can connect to and, of course, if you’re not using a VPN, your ISP is likely to throttle your bandwidth.

On USENET, you’re making a private connection to your provider’s servers. If you’re using their SSL port—we recommend that you do—your data transfer is protected by encryption. This makes USENET great for getting content that might be off the beaten path or old, but it’s also great for the latest and most popular binaries. Check out the top NZB Sites and our list of Usenet Search Engines

USENET seems to be experiencing a bit of a spike lately. If you’re interested in checking it out for yourself, take a look at our reviews of USENET providers. If you haven’t heard about USENET, it’s likely because of the fact that people who love it don’t tend to talk about it much. The fact that it’s still alive and kicking is one of the best kept secrets where technology is concerned, but that seems to be changing lately.

As just one more reason to consider USENET, from some top Usenet providers, you can get unlimited transfer and speed for under $10 per month, so it’s not an expensive habit at all!