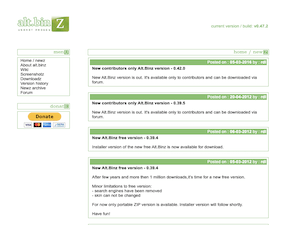 Alt.binz is a powerful Usenet software that has the same features as that of other newsreaders in the market. But while it has a lot of functions built into it and would be a good option for heavy downloaders and power users, its interface could use a lot of updating.

Despite this, Alt.binz does the job well in terms of its basic features and other add-ons like its scheduler option. And what’s good about Alt.binz, is not only does it work on Windows operating system, it can also work on your Linux or Mac device via the open-source and free program, Wine.

This newsreader is not attached or affiliated with any Usenet provider, so you can use this program with whatever Usenet service provider you want. It also supports multiple news server connections, so if you have more than one Usenet account, Alt.binz is worth checking out.

Please note that the latest version of Alt.Binz, 0.47.3, was released back in 2012 and no updates have been done since. Despite not being updated for quite some time, Alt.Binz still does its job well enough for a basic Usenet newsreader.

Alt.binz pretty much offers what most newsreaders offer. It is capable of downloading and managing articles from Usenet, so it supports NZB files and handles PAR and RAR files automatically. It is also capable of repairing damaged files. 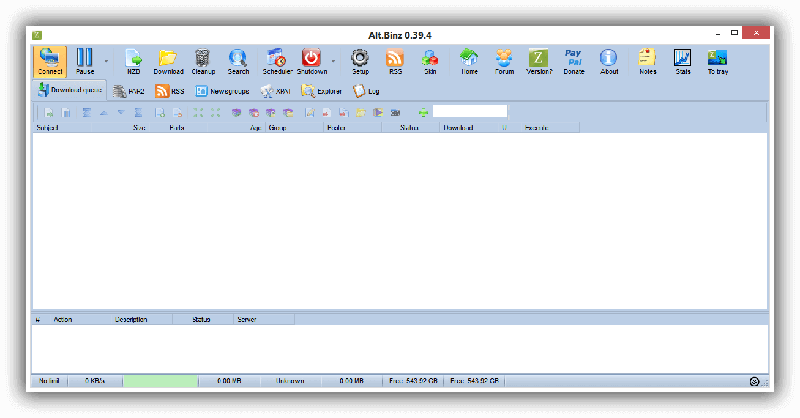 Alt.binz also has some impressive advanced features that not all newsreaders have:

Alt.binz is completely free to download and use. However, certain updates and new versions are only available to contributors. Alt.binz supporters can donate at €17 to be considered as a contributor of this software. Donations are done through PayPal.

One of the things Alt.binz excels in is flexibility. Because it’s not attached to a particular USENET provider, it does a great job in providing a sort of all-around reader. You can add multiple servers, multiple search services, schedule downloads, work with RSS feeds and much more.

And while it primarily works on Windows devices, Alt.binz can also be installed on Mac and Windows operating systems through open-source and free programs.

As a Windows program, Alt.binz can be installed via an .exe file. There is not much to be said with the whole Windows installation process since it is pretty straightforward like other programs. After it’s installed, you can minimize it to the system tray to keep it clear of your workspace while it’s downloading NZBs.

To run Alt.Binz on your Linux device, make sure you have WINE installed correctly according to your distribution. Download Alt.binz to your desktop, open a terminal and copy and paste the following commands:

After which run the program through Wine as usual.

You can also run Alt.Binz on your Mac device by using the program Crossover.

The first thing you need to do to start using Alt.binz is to configure the Set Up section of the program where you can add or delete servers, adjust the priority level of each server, provide account information from your Usenet provider, enable or disable certain download function, activate your NZB play function and a lot more.

As previously mentioned, Alt.binz supports multiple server and connections, so you can plug in as many accounts as you want. Just make sure you have a valid and active account from a reliable Usenet provider. If you have yet to choose one, take time to check out our best Usenet service providers. 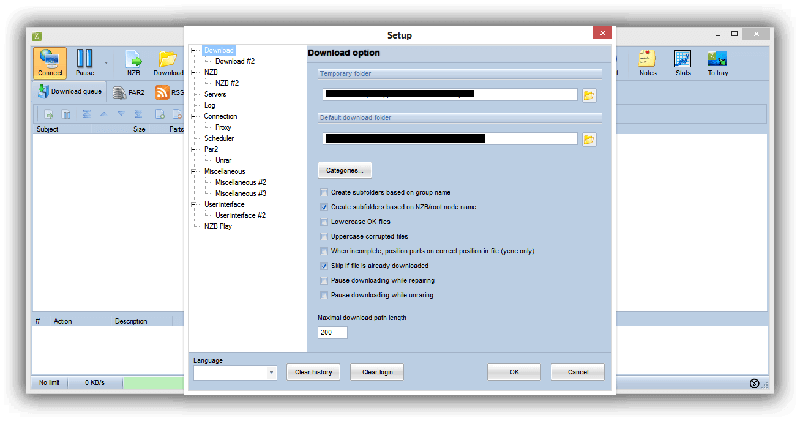 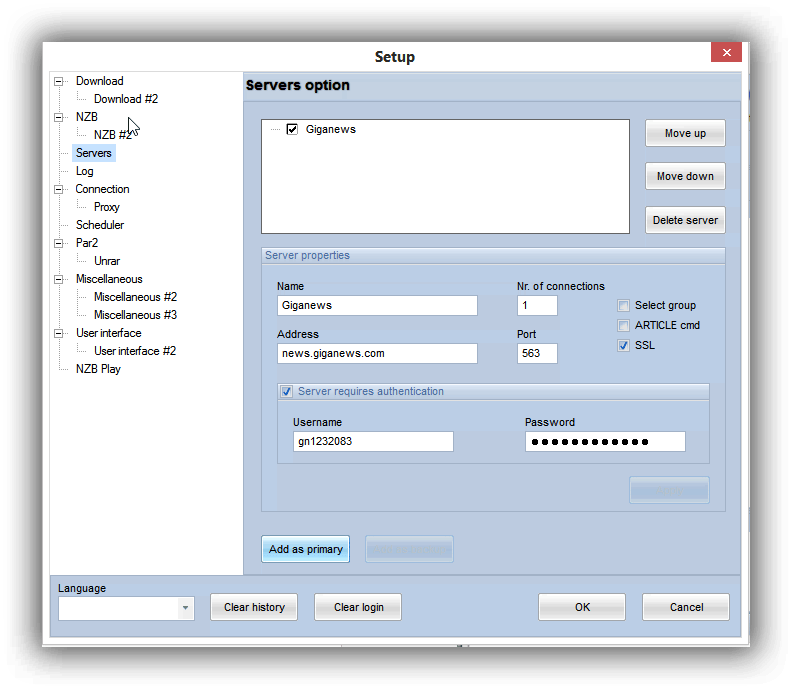 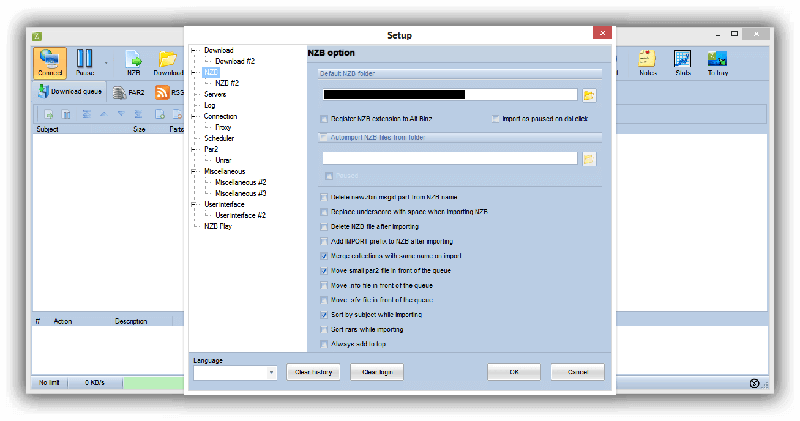 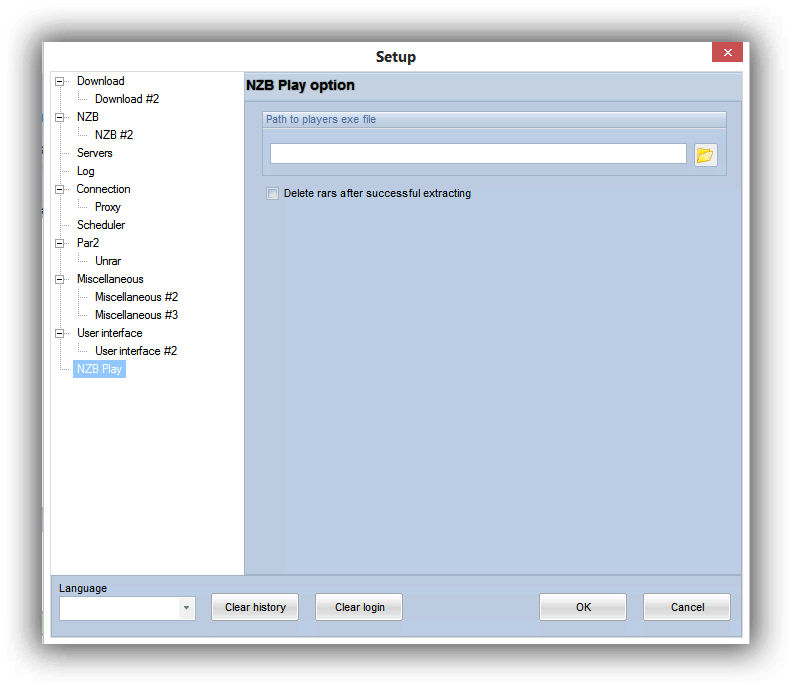 Alt.binz has a powerful scheduler feature that allows you to easily manage when to start your downloads. Aside from that, you can also determine the speed of your downloads. This allows users to control how much bandwidth is consumed by the program. 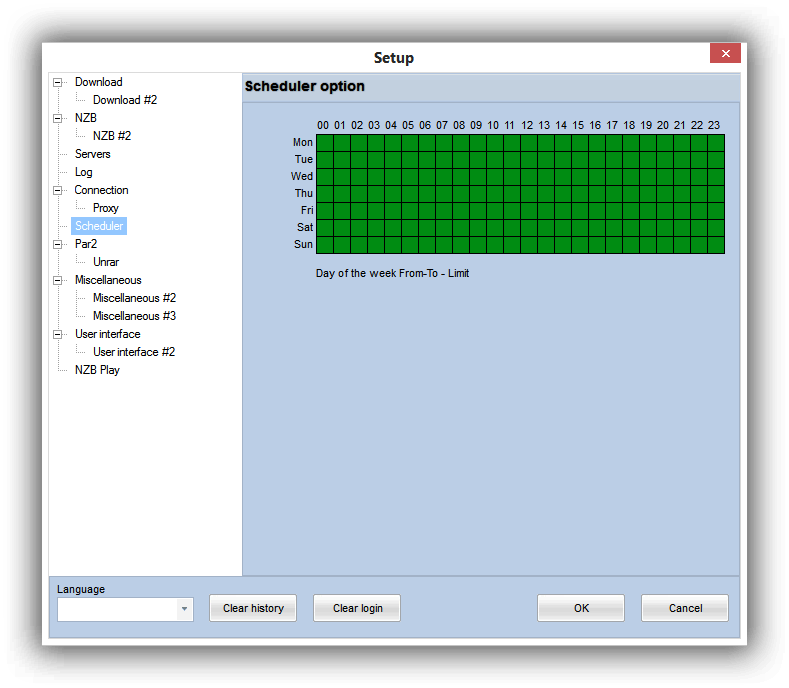 While you’ve read a lot of good things about Alt.binz, one flaw that it has is its interface. Not only is it quite outdated looking, it is also very complex. Most of the options available in the Setup menu are also available via buttons on the main screen. It might take a while for you to learn your way around it. However, while its interface might not be the sleekest thing out there, for users who like a lot of features and having all of them right on the main program screen, Alt.Binz does deliver.

As far as feature-rich and free newsreaders are concerned, Alt.binz is a good program to check out. It is a good option for power users with its highly configurable and flexible settings, and functions that include RSS feed support, multi-server handling, and scheduling capability. However, with its complex interface, it may not be the best option for beginner users. But if you are willing to spend time on learning how to navigate through its interface and figuring out its set up, Alt.binz can definitely be a good option for you.