5 Things You Need to Know About Usenet 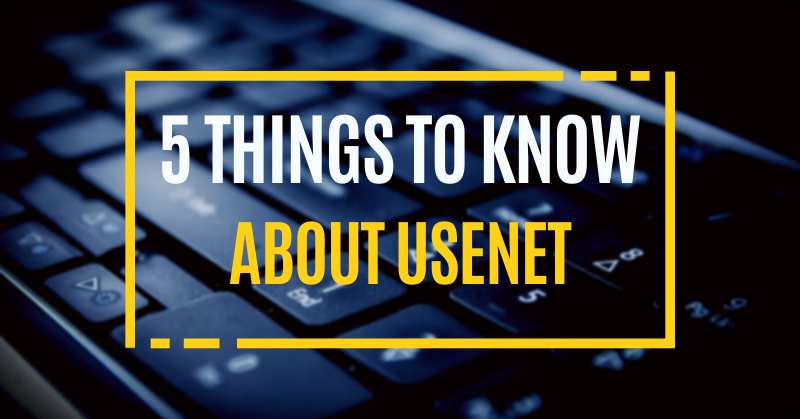 Usenet is for you if you’ve ever participated in a contentious Reddit thread, posted or commented to a conversation on a message board, downloaded files via P2P file-sharing, connected to Tor, or viewed a live stream.

Usenet is likely unfamiliar to anyone under the age of 25, but to old-school computer nerds, it was the first social network. Usenet is fundamentally a cross between a discussion forum and the best file-sharing service, yet it is nonetheless something altogether different.

Usenet operates under an unwritten community rule due to its secrecy. You must not discuss Usenet, according to the first Usenet regulation. This is due to the fact that Usenet is not as dead as users would have you believe. In this essay, we’ll take a quick peek into Usenet to see what products the community is closely guarding.

Usenet Newsgroups was ahead of the web

Usenet existed before web browsers were the primary method of accessing webpages on the internet. It was a time when computers weighed as much as people and computing required the command line.

Sir Tim Berners-Lee first described his concept for what we now know as the “www” in a URL (Uniform Resource Locator) string in the alt.hypertext Usenet newsgroup when he was a modest contractor for one of the largest nuclear research facilities in the world.

His first online project, WorldWideWeb, was created to facilitate instantaneous data communication among employees of the European Organization for Nuclear Research.

Usenet was created with academia in mind

Like your old neighborhood, the Usenet environment is familiar but not at all like it once was. It may come as a surprise to hear that Usenet was initially developed for university students, in text-only format, even if audio and video content has given the network new life.

To communicate with peers at UNC-Chapel Hill across a network and exchange files, two Duke University graduate students created the Usenet platform in 1979. Then, Usenet began to expand throughout college campuses in a manner akin to The Social Network.

AOL started providing its users with access to Usenet in 1993. Academic users decreased to a minority as a result of the increase in AOL users, forever altering the culture.

In the late 90s, Usenet was text-only

Although Usenet technically remains a plaintext-only network (we’ll talk about that in a moment), binary content wasn’t transferred through the system until after 1997. Image, video, and audio files take up space, as any file attachment restriction will attest to. These identical content-hogging binary data files, sometimes known as “binaries” in the Usenet community, contain the content. Therefore, anything that isn’t text is considered binary data. So, how do non-text files get onto a platform that only supports text? with a little interpreting.

In order to facilitate sharing in, let’s say, the alt.binaries.boneless newsgroup, encoders convert binary files to text-only code. The encoded text must then be converted back to its original form by the person who wishes to examine the binary. The encoding technology has advanced throughout time to make it more user-friendly, but the method itself has remained largely unchanged.

Many references to online culture were popularized on Usenet

Usenet newsgroups are where a lot of the phrases that we use online and occasionally in real life initially became common.

SPAM: Prior to the 1990s, Spam was merely a brand of canned meat and a Monty Python allusion. However, it is becoming a slang term for unsolicited email advertising. The law firm Canter & Siegel was the first to widely disseminate the concept of spam on Usenet in 1994. The company advertised in every Usenet thread for its legal services pertaining to the green card lottery. A new form of advertising has been created.

EMOTICON: You can thank Usenet for your ability to confuse a bum for a peach. Actually, no. Before emojis, we referred to them as “smileys” and “emoticons.” We’d say it worked, so the smiley can be considered a “discovery” by computer scientists:-). The basic combinations for happy and sad - :-) and:-(- were created in 1982 by Scott Fahlman from Carnegie Mellon University. He and fellow computer scientists needed a way to differentiate jokes and sarcasm through Usenet newsgroups.

WTF: The origin of the abbreviation WTF, which is extremely well-known among both teenagers and adults, may be found on Usenet. On May 18, 1985, the phrase appeared for the first time in the net.micro.mac entry titled “Ramblings.” Although the use of WTF expanded quickly, it has always retained an air of uncertainty. Since the mid- to late 1980s, there have been variations on WTF in which the ‘w’ can stand for ‘what,’ ‘why,’ ‘where,’ and ‘who.

FAQ: The acronym “Frequently Asked Questions” was created by NASA and quickly embraced by Usenet newsgroups, becoming a feature of websites and message boards. The idea was the same then as it is now; the only difference was that in order to avoid getting buried in conversations, FAQs had to be routinely reposted. As opposed to Reddit or 4chan, where FAQs may include static, “stickied” posts. To compile the FAQs for cross-posting and simple access, ‘.answers’ newsgroups such tv.answers, misc.answers, and sci.answers were eventually added.

Usenet is still around despite its “vintage” packaging

Usenet is still alive despite the fact that most of the framework is obscured by a metaphorical coating of dust. The platform’s ability to weather the test of time is due to its dependability, safety, and simplicity of third-party integration. That is as a result of how files are exchanged and kept. Binary files on Usenet are divided into several parts before being distributed to a decentralized network, unlike other P2P file-sharing techniques.

Most significantly, using Usenet to get video content is actually safer than using dubious live streaming websites, torrents, and similar services. Premium Usenet services, as opposed to these other services, offer free SSL encryption, which is practically the same as OpenVPN, with the exception that there is no need to download any software or establish a connection to a client as there would be with a VPN service.

The fact that Usenet was designed from the beginning for command line users doesn’t mean the simple click-and-drag search method is undesirable. It’s acceptable if Usenet’s appearance and feel are unfamiliar to you. Usenet service providers now provide all-in-one tools that let you browse, preview, filter, and download information just like you would on the web.

It might be time to try Usenet if you’ve ever been the kind to browse Limewire, torrents, and the dark web. Yes, it may be a little awkward at first, but for some people, that’s just a part of its appeal.