PayPal hasn’t allowed USENET providers to process payments through them for years now. And in 2017, the company recently took aim at another vital set of Internet services, and for the same reasons they stopped taking USENET subscriber payments.

According to PayPal, it’s all about copyright infringement.

More of the Same from PayPal

PayPal prohibits products that facilitate copyright infringement in its terms of service. They stopped processing payments for USENET providers in 2012, and have always refused to do business with any company that provided products for using BitTorrent and other file-sharing services. 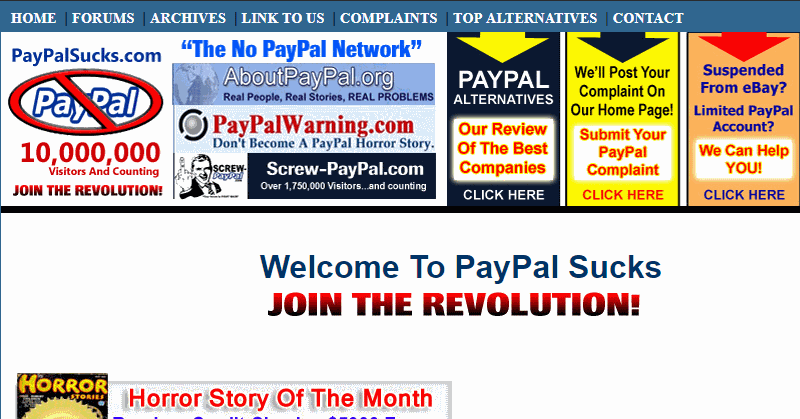 In 2017 PayPal cut off processing services for UnoTelly, a Canadian SmartDNS and VPN provider, saying that the company’s products were advertised as a means to violate copyrights.

What PayPal claimed isn’t necessarily untrue. UnoTelly did advertise its service as a way that one could get around region restrictions on streaming services. Plenty of companies do.

SmartDNS and VPN services, however, are also used for privacy protection, and that means that PayPal won’t be available for people who want a VPN to protect themselves from people snooping on their data. While the company hasn’t made any large-scale cutoffs of services to VPN providers as of yet, VPN companies quite often advertise their services as being suitable for torrenting, and PayPal seems to have gone on something of a mission.

PayPal isn’t the only company to go after SmartDNS services recently. While Netflix’s policy has always disallowed them, the company ramped up its efforts to prevent SmartDNS services from accessing their catalogs back in January.

Also in 2017, several Dutch USENET providers were not allowed to use PayPal payments and have had their funds frozen by the Internet payment giant. This means that customers of these services, including XSUsenet, EasyUsenet and Usenet4U can no longer process payments from PayPal. This has only stoked the controversy surrounding the payment processor regarding file sharing services and PayPal’s policies.

Take a look at the terms of service requirement for file sharing sites on PayPal’s site and you’ll find a block of black text rife with what critics call invasions of privacy or, at least, invitations to such invasions. In the name of protecting against piracy, PayPal has already shut down payments from several file sharing sites recently. The Dutch providers are merely the latest names to be added to PayPal’s banned list.

A representative of the file locker site Putlocker claims that PayPal wanted to take a look at what users had stored on that service—even if those users had privacy settings that would not allow this—and this eventually led to a conflict between PayPal and Putlocker. Putlocker had its assets frozen for a time and eventually split with PayPal.

More providers are expected to be banned by or to simply stop doing business with PayPal on their own. The payment processor, however, is not the only option on the Internet and users may want to look elsewhere if they want to ensure their privacy. Some other options include:

Some USENET users have been decrying PayPal for a long time and some of them recommend avoiding services that take payments from PayPal because of the processor’s restrictive and invasive requirements. Whether or not your USENET provider—or file locker—would share information with PayPal, however, is largely dependent upon their terms of service. It’s becoming increasingly likely, however, that many USENET providers will find themselves on the PayPal blacklist and that they will have to start accepting alternative forms of payment from their customers. Fortunately for the customers and the services alike, however, those alternatives are plentiful and generally much less invasive than PayPal.

SmartDNS services will likely be able to work around the Netflix blocking attempts, but not being able to take payment via one of the most popular online payment services in the world could be a far greater problem.

USENET, VPN, SmartDNS: these are all services that allow people to make use of technology with greater freedom from spying. USENET providers have long been securing connections with SSL, providing a private tunnel between their users and their servers.

VPNs allow Internet surfers to enjoy similar protection wherever they go. SmartDNS services allow subscribers to appear to be surfing from a different physical location, which can be a vital security concern for people in some nations.

PayPal isn’t the only payment method out there. Bitcoin, credit cards and other, some of them anonymous, payment methods are readily available. For many people, however, and perhaps particularly for those who aren’t all that tech savvy, PayPal is the easiest way to go for SmartDNS, VPN or whatever else they need to pay for.

Taking that processing method away from providers is likely to hurt them financially. If they’re anything like USENET providers, however, they’ll still be around, but the good services they provide might take a PR hit in the process, as PayPal unfairly casts them as primarily designed to facilitate copyright infringement, when that’s not the case